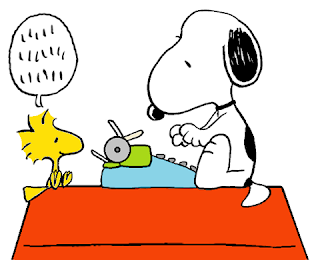 It’d be easy to write a clinical list of what I’ve done this year, but 2018 has been a little different. It’d be a little disingenuous of me not to mention the downs as well as the ups. You'll no doubt be inundated with a volley of success stories from other authors, but I'll be honest.

Writing can be shit. It can be unrewarding, thankless and make you wonder on occasions why you bother. Depression doesn't make it any easier, either.


2018 has been the year where I’m happy with my writing and output, but it's also the first year since I've started where I've given serious consideration to giving it up altogether.
It’s been an odd one. There have been some successes, but some notable failures too. It’s been a year where I’ve submitted less in order to concentrate more on a new project, but even those relatively few submissions have resulted in some pretty hard-hitting rejections.

But, it's not all doom and gloom - some of it has been great.

The year started with the release of the first volume of the Stitched Smile magazine - this was a long time in the making, but ended up being a lovely piece of work. There's an original story of mine in it - "Our Elegant Decay", a tale of botany and revenge. It can be read here, if you're so inclined. 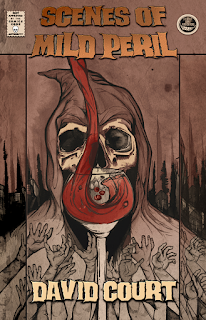 “Visions From The Void" was released in March from the lovely people at Burdizzo Books. An op-art themed anthology, it included “Buddy, can you spare a paradigm”, my everyday tale of a jazz-obsessed detective who can predict the future. It's been really well received, and it's a delight to see my work featured in such an eclectic anthology.
August saw the debut of a new story (“ISOL-8") on the brilliant podcast Starshipsofa.  Wonderfully narrated by Nick Camm, it turned out better than I ever could have hoped. Give it a listen - it's terrific.

"Under the Weather" was released in August by Burdizzo; Another anthology, it's a wonderful collection of weather themed horror tales. My story "Red Sky at Night" features in it, and it's a tale I'm really pleased with.
Scenes Of Mild Peril, my new collection, finally got released in September.  The publisher (Stitched Smile Publications) recently changed their business model to use Ingram Spark, and, despite the advantages this brings over CreateSpace, it’s been an exercise in frustration for all concerned.
It’s a great piece of work (and wonderfully edited) but I’m finding it incredibly difficult, if not impossible, to summon up much interest in promoting it. For one, the process has taken so long that these feel like old stories to me now. Secondly, ongoing problems with Ingram Spark have seen a cavalcade of formatting issues with the paperback version – I still haven’t even got a decent physical copy of it myself.  Stitched Smile have been incredibly helpful and are clearly equally as frustrated by the issues, but I'd be lying if I said it hasn’t made what should have been an exciting time a bit of a damp squib.

Still, it's been well received and got a lovely review from Scream Magazine (attached below) which can be clicked to actually make it legible :) 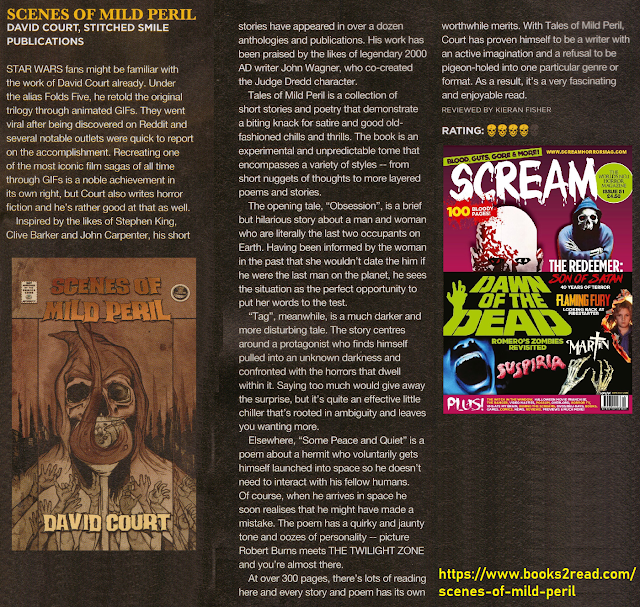 Far better news is that my comic work with TPub, thanks to a successful Kickstarter campaign, will be released next year. Two stories- “Obsession" from Scenes Of Mild Peril, and “Battlesuit" from my previous collection “Forever and Ever, Armageddon" – have been adapted by myself for TPub's upcoming “The Theory". The art has been provided by the stupidly talented Phil Buckenham, and it looks nothing short of incredible.

So, what else for 2019? I'm hoping to release the next collection of short stories (in a book with the working title "An Untruth of Summoners") and I'm currently tidying up a piece of work which is a bit of a diversion. Rather than write something genre-related, I've completed the first draft (the aforementioned "new project") of a coming-of-age tale set in Coventry during the 80's. It's called "The High Room" and I'm really pleased with it - it's a piece of work that's very personal to me, and writing it was quite a cathartic way of finally dealing with the loss of my mum back at the start of the decade.

So, here's to a prosperous and productive 2019 for us all. I hope it brings you that which you desire.

David x
Posted by DavidJCourt at 9:07 AM