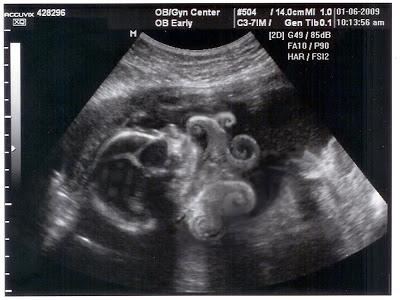 Is it drafty in here, or is just me?

Ernest Hemmingway once (in a letter containing several other gems of advice to an aspiring writer) said "The first draft of anything is shit".

The first draft of Recreant is now complete.  90,291 words (some of them really short ones) across 256 pages over 166 days of writing.  And Ernie Baby (as I'm sure he wouldn't mind me calling him, especially as he's quite dead) was fucking spot on.

"That epic prologue that you wrote and were really happy with? That flash-forward that set the universe and the main characters up so perfectly? It's no longer appropriate because the plot ended up meandering off in another direction, meaning you've written a flash-forward that can never happen."

"Perhaps you could fuck about with it and make it a dream sequence? No! Bad David! Lazy, lazy, lazy! It's going to have to go." (Selects all text in Prologue and looks sorrowfully at the word count before hitting delete. That's 1,865 words gone).

"Okay, that hurt. But it was necessary. The rest reads okay though, right?"

"Shit. You've added a load of unnecessary backstory for a character who turns out, in the end, to be pretty unimportant."

"But that character history is good stuff.  I can just use it for somebody else though, right? Ah. No."

"Why are those characters suddenly the best of friends? You never even had them meet. In fact they can't possibly have met."

"You were so concerned about having too many male characters that you've just lazily changed one to a female and haven't changed the story accordingly."

"That character is awesome - I mean, really good. But then you just forget completely about them."

"The build-up to that final epic battle is really good, but you really need to learn some more words to represent explosions."

"That ending is really rushed. For some reason, you were really desperate to get that first draft done, weren't you?  And now look where we are. Working on a draft with a rushed ending."

"And you're writing a blog post when you should really be working on that second draft."

Still, at least I can count the words in this blog post and put it into my word count for the day.  Now that's progress.
Posted by DavidJCourt at 11:55 AM 1 comment:

You put the Fun in Funeral


On the morning of your funeral,
it felt odd to dress in black.
The mood was celebratory –
You weren’t ever coming back.

"It's nice to see so many here,"
the chirpy vicar said.
Little did she know that we were there
to make sure you were dead.

I look round at all the faces there,
at your only legacy.
The hurt, betrayed, the cheated -
All combinations of those three.

Your family stand there all serene
and eulogize some lies
about a warm honourable soul -
It’s nobody we recognise.

My florist, she refused to make
a wreath out of nightshade
so in the end Forget-me-nots
were at your graveside laid.

You would have seen the irony
had you had any sense.
We'd love to forget all about you
and all you represent.

The only tears we shed that day
were strictly crocodilian,
All hoping it was true what the eulogy said, that
you were one in a million.

I wish you were a zombie,
so you could die again.
Although it'd be a tricky shot,
to shoot you in the brain.

If only you'd been cremated,
we could have robbed the Urn.
We'd queue to piss into it -
Everyone could have a turn.

The worlds a better place with you gone,
your loss feels like a win.
Whenever you left a party,
It was like someone nice walked in.

The grievers leave now, still aggrieved,
all thinking what no-one said.
"You were a cunt when you were living,
you're still a cunt - just dead."