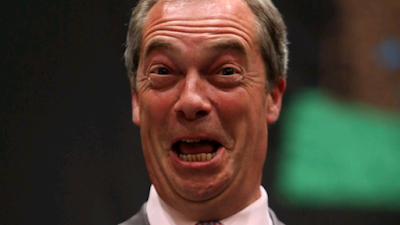 Farage looked down at his feet, despondent.  “Oh boy.”
Posted by FoldsFive at 11:26 AM